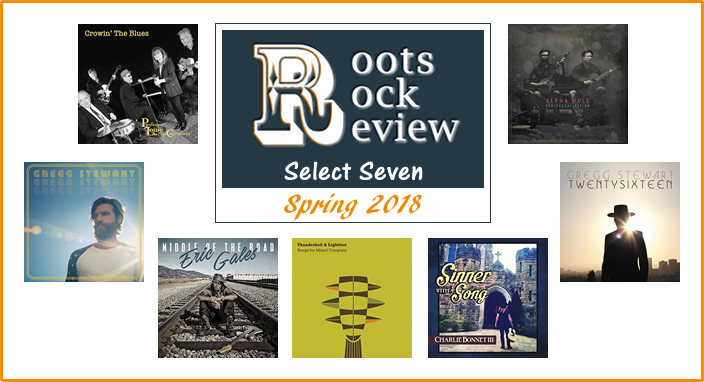 For his second album, Twenty Sixteen, Gregg Stewart recorded a collection of cover songs inspired by the iconic artists lost in 2016.

Songs for Mixed Company by Thunderbolt and Lightfoot

Kalamazoo, Michigan is home to Thunderbolt and Lightfoot, who released their sophomore album release, Songs for Mixed Company in 2017.

Professor Louie & The Crowmatix is a Grammy-nominated group from Woodstock, NY who released their album, Crowin’ the Blues, in 2017.

Middle of the Road by Eric Gales

Legendary blues rock Eric Gales released his 18th overall album in 2017 with Middle of the Road.

Sinner With a Song EP by Charles Bonnett III