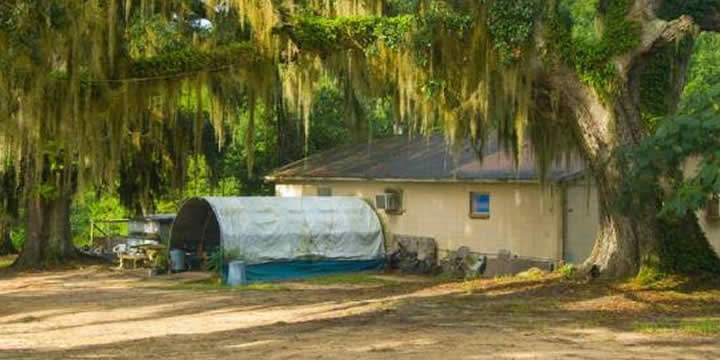 Bradfordville Blues Club is the kind of place you think can’t possibly be real when you hear about it for the first time. Every description and review describes it as a hard to find little juke joint on a dirt road. Despite this remote sounding location, it draws acclaimed blues artists from around the world who love playing in the intimate setting for a small but enthusiastic crowd. Also, at intermission, you get to go outside and hang out around a bonfire while dining on some freshly fried catfish under the stars.

The location was originally developed in the 1930s by a Chicago bandleader and columnist named Walter Barnes as an outdoor stop on the circuit for black musicians. The current concrete-block building was constructed in 1964 and through the years, this little club has hosted legendary performers such as B.B. King, Ray Charles, Fats Domino and Chuck Berry. The club was shuttered for several years through the late 1980s and early 1990s and was purchased by current owners Gary and Kim Anton in 2002 and given its current name of Bradfordville Blues Club. 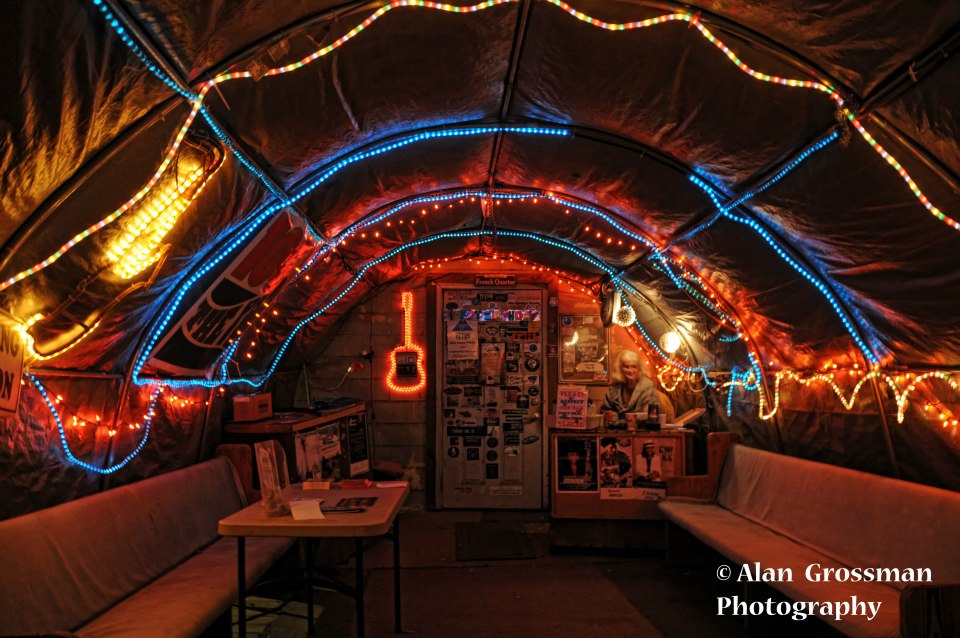 We made this club part of our itinerary during a trip through northern Florida in February 2020, so we could assess it for ourselves. We reserved our tickets through their website and were told they would be at the front door for us when we arrived. The list of artists who perform here is quite impressive including the band we chose to see, Southern Avenue. We mapped out directions from our hotel in Tallahassee. It looked simple enough on the map as it is only a few miles away from a major shopping and dining complex along route 319 in Bradfordville. Finding the sign along Bradfordville Road was easy enough, even in the darkness of a winter evening. Navigating the dirt lane leading to the actual club in the darkness was a bit trickier but we managed to find the distinctive building which looked exactly as pictured. Though we did disturb a neighborhood dog when we accidentally pulled into the wrong driveway. The road was dark, but the club itself was adequately lit with twinkling lights in the trees out front and outlining the entrance.

We were warmly greeted at the door and given our table number. We got a great table right up front and my name was taped on it. The club was cozy with mostly small tables for two surrounding the stage and dance floor. The walls were covered in tabletops painted with portraits of many blues artists who have played the club throughout its history. While the club only offers wine by the plastic glass and beer in cans and bottles, the prices were reasonable and the service was swift by either the spirited waitress who glided by the tables or at the bar. The show – which did begin promptly at the scheduled time – was fantastic!

The night’s entertainment, Southern Avenue a blues, soul and jam band from Memphis, TN, had the crowd dancing early in the first set. We met some regulars from nearby Thomasville, GA who said they come down about once a month. There were college aged people dancing alongside the elder generations that led to a family gathering atmosphere.

Intermission found everyone filtering outside to pick up their catfish orders from the trailer out back and gathering around the bonfire to eat and socialize, We got to enjoy an informal meet and greet with the band as well since they were also enjoying the warmth of the fire on the chilly night. The break time passed quickly and we were soon back to enjoying the show.

Bradfordville Blues Club is a genuine treasure in the blues community and it needs to be enjoyed – everyone who loves the blues should add this to their must visit list! 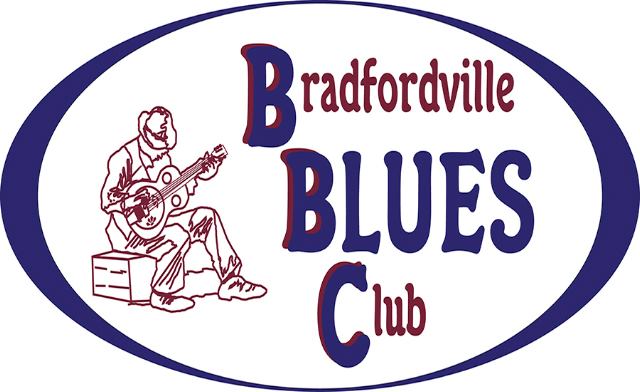