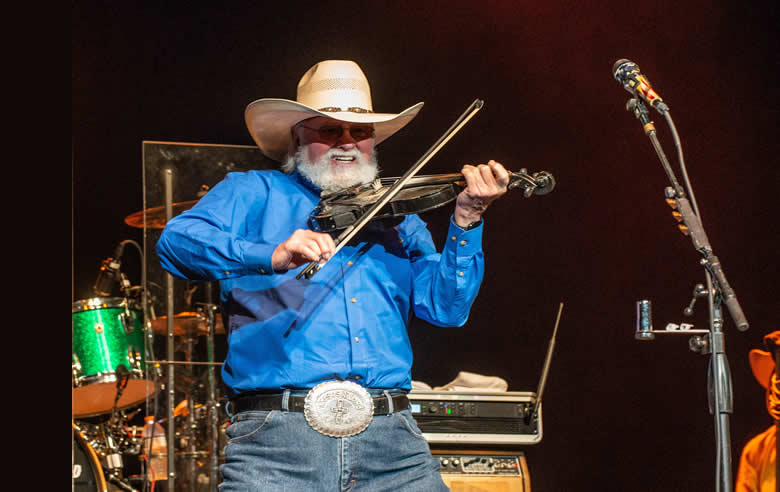 Charlie Daniels will be forever remembered for “The Devil Went Down to Georgia” and his fiery fiddle playing. In truth, he had a long and successful career well before that classic song hit the charts in 1979. From his 1950s band The Jaguars, he made industry connections that led to songwriting and session work for Elvis, Bob Dylan, Leonard Cohen, and Tammy Wynette and many others through the 50’s and 60’s in Nashville.  Find country music concerts near me for the best shows.

Daniels style merged several genres – country, bluegrass and rock – forming the basis for what we call Southern Rock now. In 1972, He formed the Charlie Daniels Band and found chart success with songs like, “Uneasy Rider”, “Long Haired Country Boy”, “The South’s Gonna Do it Again”, “The Legend of Wooley Swamp” and the Grammy winning “The Devil Went Down to Georgia”.

Charlie Daniels toured with his band until early in 2020 and had planned shows well into 2021 before he passed away on July 6, 2020 at age 83. He used his platform as a successful musician to support causes important to him, children in need and our troops. He was noted to be a humble man, not often speaking of his own success, but rather what he could do to help others. His biography quotes him as saying,

“I have a very unique opportunity because of being in the music community, you try to give back to some extent. I do feel like people should. We should all do as much as we can.”